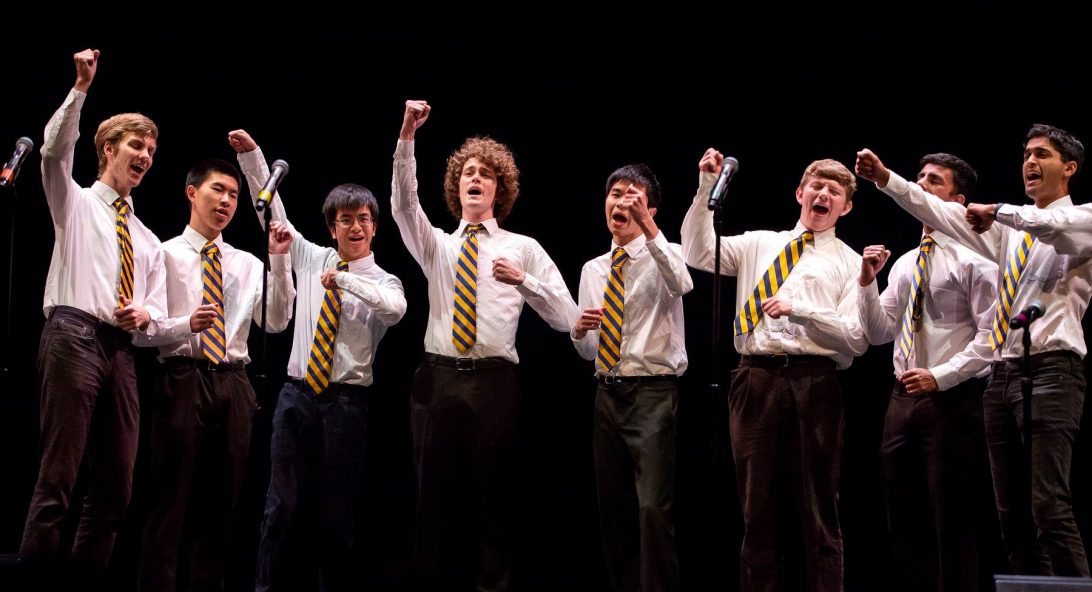 UCMC was founded in 1885 as the University of California Glee Club, making it the oldest American collegiate choral group west of the Mississippi River. In 1911, the UC Glee Club became the first collegiate choral group to tour Europe, with a group of around 100 singers. In 1920, the UC Glee Club toured Asia, where they were billed as the “World Famous Glee Club and Jazz Band, America’s Greatest College Company of Singers and Entertainers.” In 1957, the group was invited to Tokyo to sing Beethoven’s 9th symphony with a Japanese symphony orchestra and a chorus of women.

The Glee Club would often collaborate with the Treble Clef Society, an all-female singing group, founded as the Ladies Mandolin Society in the late 1800’s. In 1972, the two groups combined to form the Concert Chorale. Recently they have split again to form the UC Men’s Chorale (UCMC) and UC Women’s Chorale (UCWC). The two groups perform together regularly. For more history on UCMC and UCCE, please visit A History of UCCE or the UC History Digital Archives.

UCMC is a proud member of UC Choral Ensembles and Student Musical Activities (SMA). UCCE is an umbrella-organization consisting of 8 student-run choral groups and 1 student-run theatre group. SMA is an umbrella-organization consisting of Cal Band, UCCE and UC Jazz Ensembles. SMA is a part of Cal Performances, a UC Berkeley-based company that is one of the world’s premier performing arts presenters.

This site has a fantastic archive of videos of old Men’s Chorale performances. We’ve done some amazing things! I particularly recommend looking at Bohemian Rhapsody.

If you’re interested in seeing the posters from many of those performances, you’ll find them here.

Click here to see an archive of photos stretching back to 2008!

You can find these photos and more on the UCCE Facebook page!